YOUR NEXT AMAZING EXPERIENCE WITH THE GENTLE GIANTS 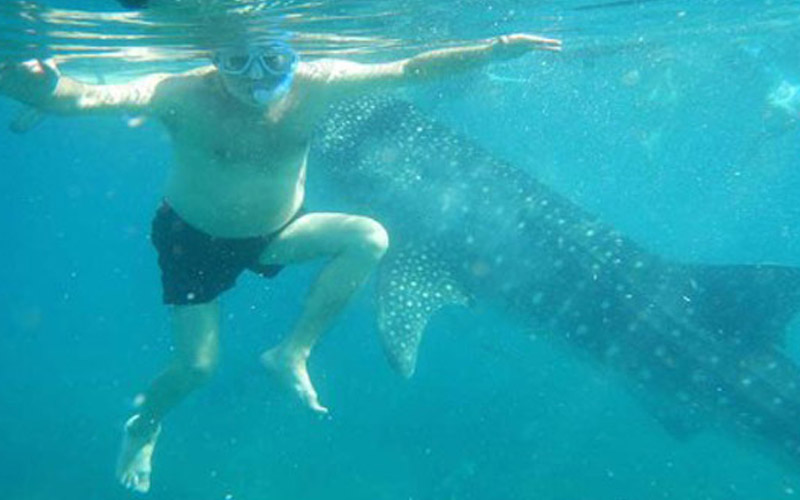 fly from Manila to Cebu for about 1 Hour and 10 minutes and enjoy the ride with the beautiful view of the country side south of Cebu Philippines.

Meet The Incredible Gentle Giants!
This area has so much to offer from waterfalls, coral islands and relics dating back over 500 years.

Oslob is a small village south of Cebu, near the southern tip of Cebu Island. It has recently started blossoming into a tourist stop due to whale sharks that swim close to the coast.

The whale shark in Oslob, Cebu Province is one of the most fascinating attractions on this tropical island. These whale sharks are locally called as “butanding”.
The Oslob, Cebu whale sharks (Rhincodon typus) are considered as the largest fish in the world.

They can reach up to 15 meters long, but the ones in Tanawan, Cebu are smaller then observed by many, but could also reach that length when they become more mature.

Its huge size resembles that of a whale, which exactly explains why they are called as such. The surprising fact about these ‘gentle giants’ is that they only eat krills (or small shrimps), a fact the counters the common belief that bigger creatures usually eat much bigger than shrimps.

Although Whale Sharks are as big as some whales these gentle giant’s are totally non aggressive to human or any other species.

Just like most of the other species in the world, whale sharks are also listed as endangered species. They are enlisted as such due to some straightforward reasons. One reason is that changes in their breeding behavior and environmental changes affected their whole way of existence.

The second and the most reliable reason of their being endangered is that some fishers (businessmen) catch them for money despite the fact that they know their actions are illegal. So, we can hear very sad and horrible stories about these giants being mercilessly caught and and their meat sold.

Just as most endangered species suffer from the hands of humans’ fight for survival (or greed and selfishness), these gentle whale sharks were fished out and butchered for food and money.

They are now protected by the Filipino Government and the world conservation organization.