The official residence of the President of the Philippines is Malacañan Palace. 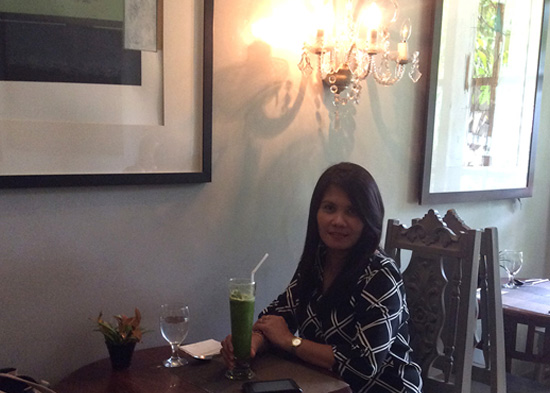 The official residence of the President of the Philippines is Malacañan Palace.  Situated in the old Manila district of San Miguel, over the 175 odd years that government has owned the place, the buildings have been remodeled, expanded, demolished and rebuilt, and adjoining lands bought.  Most recently, in 1978 to 1979 the Palace itself was drastically remodeled and extensively rebuilt by then First Lady Imelda Romualdez Marcos.

The first recorded owner of the property is Luis Rocha, a Spaniard in the Galleon trade.  The Rocha property was built of stone, described as being a relatively modest country house (although modern day Rochas say it was not small and in fact had a ballroom) with a bath house on the river and gardens, all enclosed by a stone fence.  The latter was probably a nipa-roofed and bamboo-enclosed structure built on the water, where away from the gaze of passing boats, the Rochas and their guests could enjoy the rushing water while clinging to a rope – a favorite pastime of the era.  It was one among many weekend homes of the elite, located in San Miguel, Paco, and Sta. Ana along the Pasig river and its tributaries, easily accessible from Intramuros and Binondo by boat or carriage or on horseback.  The still standing “Carriedo House” within the Sta. Mesa campus of the Polytechnic University of the Philippines, may have been one of these weekend homes.

Luis Rocha sold the property in 1802 to Colonel Jose Miguel Fomento of the Spanish Army.  Fomento’s testamentary executors in turn sold it to the government upon his death in 1825.

Imelda Marcos’ famous collection of 3,000 shoes partly destroyed by termites and floods after lying in storage in the Philippines for 26 years since she exiled.

She is famous for amassing a prized shoe collection that most women would kill for.

But part of Imelda Marcos’ shoe stash, left behind after she and her dictator husband were driven out of the Philippines, has been badly damaged by termites, floods and general neglect, officials said today.

The Marcoses fled the Philippines at the climax of the army-backed ‘people power’ revolt in 1986 and left behind staggering amounts of personal belongings, clothes and art objects at the palace, including at least 1,220 pairs of the former first lady’s shoes.

Among the damaged shoes are a pair of white Pierre Cardin heels, the sole of one destroyed by termites. Other shoes have been warped out of shape or messed by stains.

Hundreds of pieces of late strongman Ferdinand Marcos’ clothing, including the formal native see-through Barong shirts he wore during his two-decade rule, have also begun to gather mould and fray after being stored for years without protection at the presidential palace and Manila’s National Museum, officials added.

Ironically, more than 150 boxes of clothes, dress accessories and shoes of the Marcoses were transferred to the National Museum for safekeeping two years ago after termites, humidity and mould threatened the apparel at the riverside palace.

There they deteriorated further as the fragile boxes were abandoned in a padlocked museum hall that had no facilities to protect them. Last month the pieces were further damaged by tropical storm rains from a gushing leak in the ceiling, museum officials said.